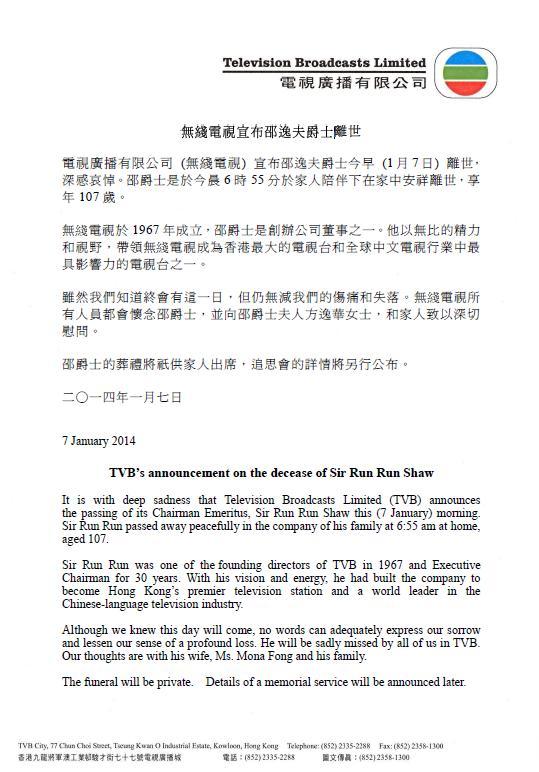 TVB’s announcement on the decease of Sir Run Run Shaw

It is with deep sadness that Television Broadcasts Limited (TVB) announces the passing of its Chairman Emeritus, Sir Run Run Shaw this (7 January) morning.Sir Run Run passed away peacefully in the company of his family at 6:55 am at home,aged 107.

Sir Run Run was one of the founding directors of TVB in 1967 and Executive Chairman for 30 years. With his vision and energy, he had built the company to become Hong Kong’s premier television station and a world leader in the Chinese-language television industry.

Although we knew this day will come, no words can adequately express our sorrow and lessen our sense of a profound loss. He will be sadly missed by all of us in TVB.Our thoughts are with his wife, Ms. Mona Fong and his family.The funeral will be private.Details of a memorial service will be announced later. 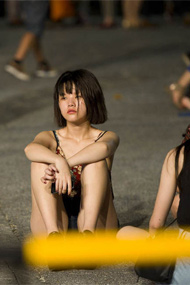